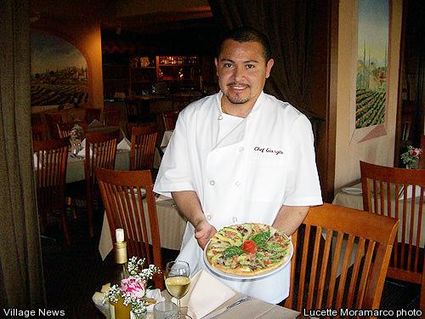 Jorge Alcaraz, owner of Da Giorgio Restaurant on Old Highway 395, has the pleasure of serving diners who favor Italian cuisine. With a zeal for cooking dishes that burst with flavor, Alcaraz enjoys inventing new entrees on a regular basis.

“I have a lot of ideas and always experiment with new things and it turns out that people like it,” he said.

Alcaraz is no stranger to the kitchen, as he started cooking when he was a young boy. “I helped my mom cook and even baked fresh bread,” he said.

Raised in Michocan, Mexico, with his 11 siblings, Alcaraz was in charge of cooking meals wh...