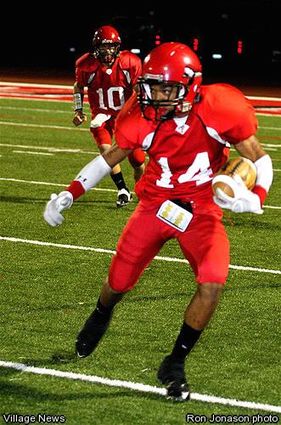 On November 7, the Fallbrook varsity football team hosted the La Costa Canyon Mavericks (LCC). Fallbrook committed numerous errors and the Mavericks capitalized on them for 23 points. The game remained close at halftime; however, in the third quarter, the Mavericks shut the door on the Warriors.

The Mavericks began their initial drive at their own 35-yard line. They quickly advanced the ball into Warrior territory. However, Fallbrook’s Jeff Hecht intercepted a tipped ball to bring the Warrior offense onto the field. The Warriors could not produce on offense and they were forced to punt. The Mavericks accumulated four first downs on their next possession and were able knock in a field goal to obtain a lead of 3-0.

After punts by both teams, Fallbrook’s quarterback, Michael Welsh, threw a costly turnover as the Mavericks returned the interception for 34 yards. The Warriors’ ensuing drive began with a sigh of relief as Fallbrook fumbled the ball and recovered it. They gained two first downs and found themselves in a punting situation. However, LCC made their own mistake by roughing the kicker. This gave the Warriors a second life as they found themselves in Maverick territory. After a 31-yard reception by Jeremy Hansen, Jake Ware rushed the ball into the end zone for a touchdown. At the end of the first half, the Warriors trailed 10-7.

The start of the second half was also the beginning of the complete shutdown of Fallbrook. The Warriors fumbled on their first play and LCC recovered it for excellent field position. They quickly pounded the ball up the middle for another Maverick touchdown.

Soon after, Welsh threw another interception, which led to a La Costa Canyon field goal. The Warriors’ next drive ended as he threw his third pick of the day. Welsh, throwing for 701 yards and 8 touchdowns in his last three games, was frustrated all night as he tried to advance his offense.

“The turnover after halftime just kind of gave the game away,” said Welsh. 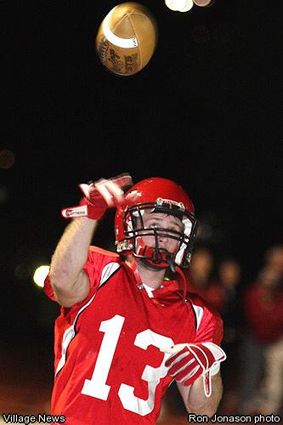 However, it was not just Welsh who committed every turnover. Fallbrook later muffed a punt and lost it on their own 10-yard line. This led to another Maverick score. At the end of the third quarter, LCC led 26-7 after scoring 16 unanswered points.

The fourth quarter was highlighted with touchdowns by both teams and an interception by Fallbrook’s Marquis Sumpter. The final score was 33-14 as the Warriors fell to the Mavericks.

“We’re just continuing to learn and grow. It’s been that way throughout the season,” said Fallbrook coach Joe Silvey. “We made a lot of mistakes today and some of those are attributed to La Costa. The way that they play forces us into some mistakes, so what we hope to do now is learn from them and move forward.”