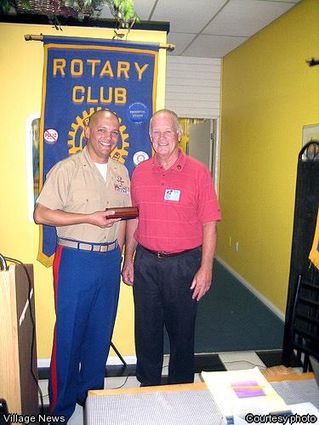 The November 11 meeting of Fallbrook Village Rotary featured a special guest speaker. In honor of Veteran’s Day, Major Jon Sablan read a letter written by his grandfather to his father. Major Sablan’s grandfather was a minister in Guam who was captured by the Japanese during World War II.

The letter describes the brutal living conditions imposed by the Japanese on the Guamanian population and the tremendous feeling of elation when the United States Marines liberated Guam. The theme of his letter to his son is to value and protect the freedoms Americans now have. The family has since co...