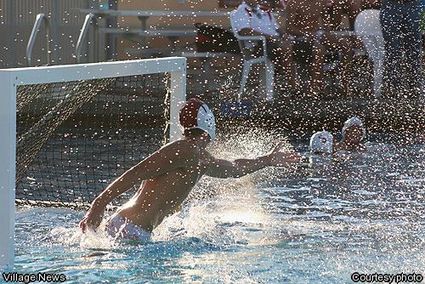 In their first CIF playoff game, on November 12 against Torrey Pines, Fallbrook goalie Ryan Helling goes to battle for the Warriors. Fallbrook won the game, 9-5.

The Warriors finished the season with a 7-3 record in Avocado League competition.

The loss to Escondido was by two goals. “On a good day we can play better than that,” Lamont said.

Fallbrook also lost by one goal to Vista, who was reali...