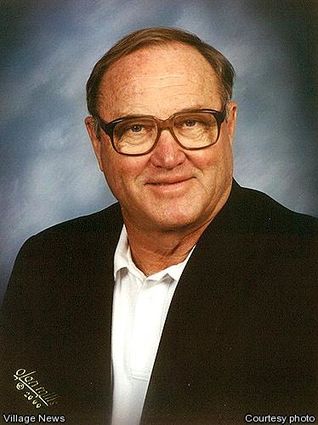 Duane Charles Sachs passed away at his home in Temecula at the age of 73 on November 3, 2008, after a 13-year battle with a rare form of blood cancer.

Duane was born May 10, 1935, in Fergus Falls, MN, to Lillian and Charles Sachs, who preceded him in death.

Duane was a Korean War veteran, serving with the Nike guided missile division in Maryland. After his two years in the service he had an appointment to West Point but instead accepted a football scholarship at the University of Colorado. He then finished school at the University of North Dakota and was a member of the Sigma Chi fraternity.

He married Phyllis Swenson June 18, 1960, in Madison, MN, and several months later they moved to Southern California, where he was an assistant city engineer in Montebello and then accepted a job with a valve manufacturing company in Newport Beach. He worked for that company for 25 years, moving first to Bellevue, WA, then Belmont, CA, and in 1977 back to Southern California. They lived in Costa Mesa and in 1989 moved to Fallbrook. He felt like he had gone back to his Minnesota roots, buying a five-acre ranch and raising avocados. They lost their beloved home in the October 22, 2007, firestorm. They have resided near their children in Temecula since then.

His devotion and love for his family always came first. There are many fond memories of the family Sunday dinners at the ranch, the barbecues and of course the Super Bowl parties.

Twenty years ago he and son David started their own company, ACV Systems, doing sales and service work in the waterworks industry. Did he retire? Never!

Three words to sum up his life: his love of family, God and country.

The memorial service and celebration of his life was held on Tuesday, November 11 (Veteran’s Day), at Christ The King Lutheran Church in Fallbrook.

He will be buried at sea in a private family ceremony.

The family suggests donations in his name to Christ The King Memorial Fund.