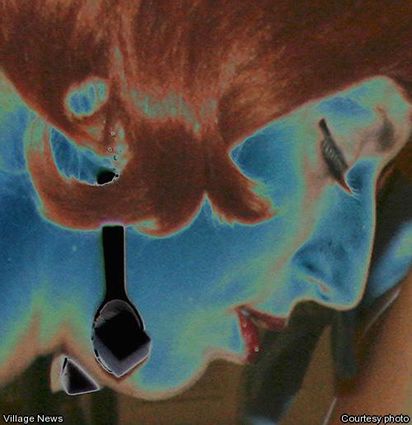 FALLBROOK — Louis Nidorf, a well-known digital photographer, will be the featured artist at Brandon Gallery this month. Nidorf has named his exhibition “Digital Interpretation of the Human Face.”

A multifaceted artist, Nidorf is also a clinical psychologist and a full professor. His interest in art began with painting. He says he was not a very good painter, but it was in painting that he discovered his interest in color.

He met a famous New York sculptor and became interested in woodcarving and clay sculpture. Nidorf then began teaching at the University of North Carolina, where he found an interest in welding. Eventually he used metal and wood together to create his three-dimensional work.

His interest in gardening led him into photography, to immortalize his flowers. Eventually he began combining his skills with computers with his photography. That combination is his current media. Nidorf’s digital photography has been well received by juried shows and galleries.