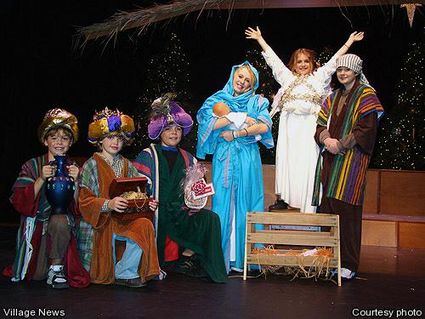 On Dec. 7, in the newly carpeted Mission Theater, CAST Productions presented “The Best Christmas Pageant Ever.” With a large cast of performers the comedy continues December 12, 13 and 14.

Barbara Robinson wrote the book in the early seventies and then modified it for stage performances. The story begins as Grace Bradley is chosen as director of a church Christmas pageant because the reigning director of 14 years has broken her leg. Then, the dreaded Herdman kids – six of them – are lured to the pageant due to a promise of food. Though the food initially draws them, the truth of th...