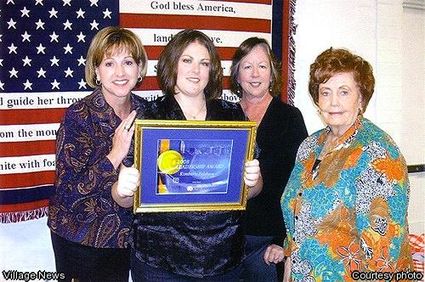 FALLBROOK — The Fallbrook VFW hosted a baby shower for 20 pregnant military wives and their families on December 7 in coordination with Operation Showers of Appreciation (OSA).

OSA was started by Kimberly Felshaw, who recently won the Channel 10 Leadership Award for her involvement.

The VFW Auxiliary was thrilled to offer the hall for the baby shower.

“This is what the VFW is all about,” said President Anne Richter. “We are here for our veterans and their families.

“In fact, we are hosting another baby shower on February 28. If anyone in the community would like to donate food...