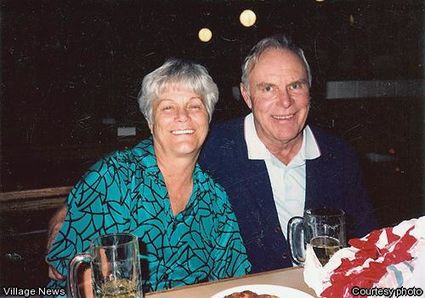 Clara and her husband moved to Bonsall in 1989 from San Clemente. Some of her favorite things were collecting antique jewelry and golfing.

She has left behind children Linda Davis Ure of Temecula, Joann Sommer of Bonsall, Ruth McKay of Colorado, Suzanne Gregory of Bonsall and Ron LaMar of Irvine; nine grandchildren; and six great-grandchildren.

Clara and Kenneth’s ashes will be spread at sea February 28, the anniversary of Kenneth’s death.

She will forever be missed and never forgotten.

Mom, you will always live in our hearts. No words can ever say how much we miss you! – Your girls