Sensitive and suspenseful 'Ele, My Friend' by Bonsall filmmakers now on DVD 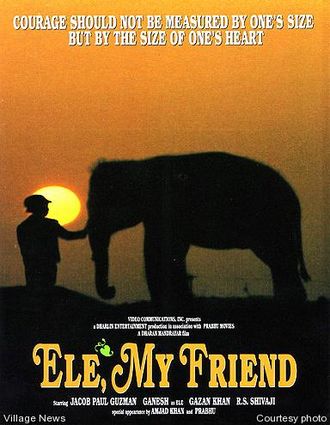 “Ele, My Friend” is a sensitive tale that illustrates the extraordinarily strong bond that can develop between animals and people – in this case, a boy and a young elephant. It is set against the striking backdrop of southern India with its wide vistas and primitive villages.

The film was produced by Linda Mandrayar and written and directed by her husband, Dharan Mandrayar. The couple resides in Bonsall. “Ele, My Friend” was first released in 1992 and is now being distributed on DVD. This wonderful family film has received great reviews over the years.