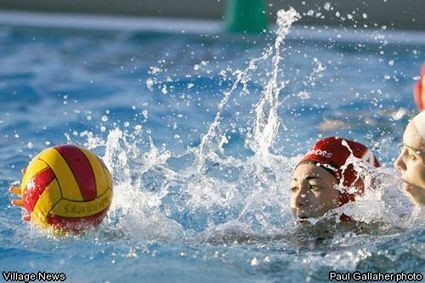 “We expect quite a struggle,” said Fallbrook coach Bob Lamont. “I think it’s going to be THE match for the Avocado League.”

Fallbrook will enter that match with an 8-5 season record, including a 2-0 mark in Avocado League competition. The Warriors outscored their first two league opponents by a combined 32-2 margin.

Fallbrook takes a four-game winning streak into the Torrey Pines match. The Warriors’ first game of 2009 was played January 6 in Ramona. Although Fallbrook took a 10-6 win over the Bulldogs, a Warrior weakness was exposed when Fallbrook missed all four of its five-meter penalty shots. “We could not find the back of the net for five-meter attempts,” Lamont said. “We couldn’t get it done.”

Some of Fallbrook’s lack of success can be attributed to Ramona goalie Jessica Patterson, who made a total of eight saves against the Warriors. “We’ll give credit to the goalie,” Lamont said.

Fallbrook spent the following day’s practice working on five-meter shots. “You assume it’s a given,” Lamont said. “When you get four of them and you miss it, that’s kind of a red flag that you’ve got some work to do.”

Fallbrook and Ramona were tied at two goals apiece after the first period, and the Warriors led only 5-4 at halftime before taking a 9-6 lead after three periods. “We did a pretty good job of shutting them down,” said Ramona coach Donnie Williams. “Most of their goals came on counterattacks.”

Fallbrook followed the Ramona win with a non-league competition January 8 at Oceanside. Fallbrook’s 14-0 victory gave the Warriors their second shutout of the season. Goalie Sydney Fitzpatrick made eight saves against the Pirates while Nicole Walker contributed five steals along with four assists

Fallbrook opened league play January 14 against San Pasqual, which was also the Warriors’ first home contest of the 2008-09 season. The Warriors extended their shutout streak to two with a 16-0 victory. “Unusual and encouraging,” Lamont said of two consecutive shutouts.

Fitzpatrick made 14 saves against San Pasqual, Dana Tobey had five steals against the Golden Eagles, and Walker added two steals and three assists. “We emphasize defense first and the rest sort of takes care of itself,” Lamont said. “The defense has done what it’s supposed to do.”

Fitzpatrick made 12 saves in a 16-2 victory against Escondido January 16 at Jim Stone Pool. “The field players do everything they can to protect the goalie and make the shots as difficult as possible for the opposing team, but in the end there’s only one person between the ball and the cage,” Lamont said. “Somebody has to take ownership for that role, and that has not been an issue this year.” 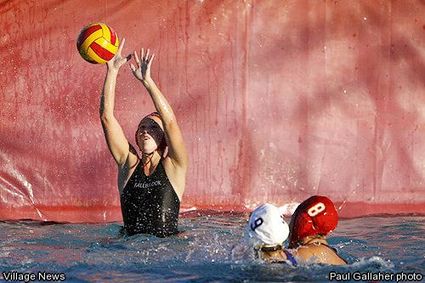 Fallbrook’s offense has taken advantage of the defense’s success. Walker leads the team with 35 goals and 19 assists. Neika Maryn has 26 goals and 16 assists while Demi Barrett has 26 goals and 15 assists. “Nobody’s hogging the ball. That’s really encouraging as a coach,” Lamont said.

The Warriors will follow the Torrey Pines match with a home game tomorrow against La Costa Canyon. “I think we’re there. We’re really on the verge of chasing most of the top teams in the county,” Lamont said.