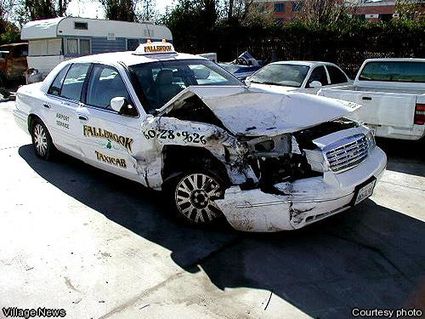 One of Fallbrook Taxi

On January 12, a Fallbrook Taxi passenger sustained several injuries after the cab he was riding in was hit head-on by a catering truck that was being driven on the opposite side of the road near the intersection of East Fallbrook Street and MacDonald Road.

Roy Anguiano was being driven home from work by taxi driver John Hale at approximately 10:30 p.m. when they were struck by a catering truck driven by Jorge Alcaraz, 36.

According to the California Highway Patrol (CHP), Alcaraz had a blood alcohol content level of 0.191, more than double the legal limit.