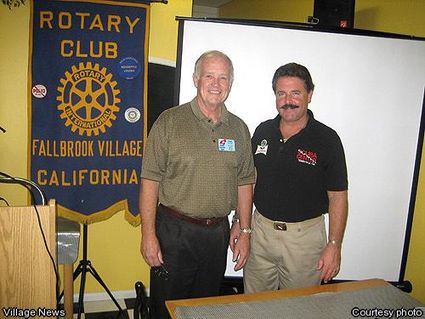 A scuba diving instructor since the early 1990s, Fonstad is a member of a worldwide all-volunteer group dedicated to creating artificial reefs, thereby helping to save the ocean’s marine life by sinking obsolete ships the correct way.

Fonstad described the various types of marine life which are attracted to wrecks and how rapidly they respond to the new habitat. He pointed out that artificial reefs attract tourism and cited the example of several sunken ships off Mission Bay.

Along with the added ecology to the ocean system these wrecks attract divers from all over the world. For every $1.5 million spent on preparing a ship to be sunk – it has to be totally steam-cleaned to remove all petroleum residue – $4.5 million is brought into the area through tourism.