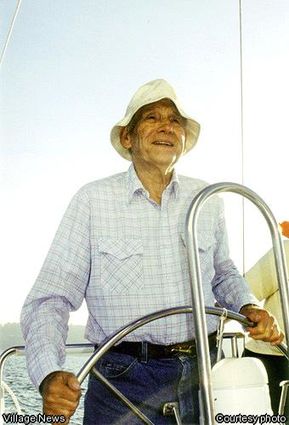 When a person with a desire to touch others with the love of God departs from this world it is sometimes a surprise at how many lives were actually affected. In this case, the departed is my own father, LeRoy George (Lee) Taylor, who went to be with his Lord and Savior Jesus Christ on Sunday, January 25, 2009, ushered into the presence of God by his loving family who sang hymns and spoke tributes to him.

In the week following his passing e-mails, notes and letters have testified to the fact that my father touched many people in all walks of life. One day the doorbell rang and it was our mail carrier, Susan. She was in tears while saying how sorry she was to hear about the passing of my father and that she always enjoyed visiting with him. My former husband, George, wrote, “Lee was one of the nicest, kindest, most loving people I have ever known. We can all be grateful that we knew him.”

My father was genuine. The man in public was the man at home. He taught me to be truthful, compassionate and to live my life as pleasing to the Lord. His solid faith was unwavering. My father accepted Jesus Christ as Lord and Savior at a Billy Graham Crusade. For 30 years, he, along with my mother, Barbara, were Bayview District directors of Lay Speaking for the United Methodist Church conducting evangelistic meetings called “Lay Witness Missions.”

Lee enjoyed the sermons preached by Pastor Mark Johnson and Pastor Phil Tukua of Christ The King Lutheran Church, where he had been a member since 2002. He also spent hours studying the Bible and taking notes from a weekly broadcast of Dr. Charles Stanley. He faithfully attended a weekly prayer meeting of the Business Men’s Fellowship.

My father was born on May 2, 1920, in Tacoma, WA, to Ruby Gunilla Knudsen Taylor and George Leonard Taylor. He lived the first seven years of his life, along with his parents, with his Swedish grandmother where he learned to love lutfisk, herring and meatballs – not necessarily in that order.

Lee was a graduate of Vallejo High School, where he was president of the Chemistry Club, a member of the track team and played varsity basketball. He also boxed in high school and college. At his 25th high school reunion Lee was voted “Most Pronounced Case of Arrested Decline.”

Lee married Barbara Bristol on September 12, 1943, and the two recently celebrated their 65th anniversary with a trip to Hawaii and the Disneyland Resort.

A June 1943 graduate of the California Maritime Academy, Lee earned a Bachelor of Science degree in marine/mechanical engineering. He recently attended his 65th CMA reunion. Lee served as a US Navy ensign, then lieutenant, in WWII on the aircraft carrier Shangri-La and witnessed the Bikini atomic bomb test from 42 miles away. After active duty Lee worked for 30 years as a mechanical engineer at Mare Island Naval Shipyard designing and testing submarines.

He was a Life-Member of the Vallejo Yacht Club, joining in 1935 when he was 15 years old. Lee won his first regatta trophy in 1936 and continued his racing career for 50 years, winning many trophies. He owned sailboats from the time he was 15 and the last was “Sea Fire,” an Islander 30. At VYC Lee served as commodore, vice commodore, board member, fleet captain and Geritol Cruise chairman.

A Celebration of Life with Pastor Phil Tukua and Pastor Mark Johnson officiating will be held on Thursday, February 5, at 11 a.m. at Christ The King Lutheran Church, Fallbrook. On February 11 a private service with US Navy military honors will be held at Fort Rosecrans National Cemetery in the Point Loma area of San Diego County.

Including myself, Lee is survived by his wife Barbara, son Ron and his wife, Maureen, and their children Shannon, Brittany and Justin. He is also survived locally by cousins Diane Taylor, Patty Taylor Rook (Doug), Barbara Ann Taylor Brent, Bob (Carol) Brent and Ron (Debbie) Brent. He also has cousins in WA state and Sweden. 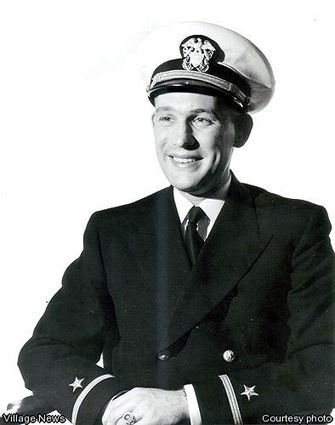 “For God so loved the world, that he gave his only begotten Son,

that whosoever believeth in him should not perish, but have everlasting life.”