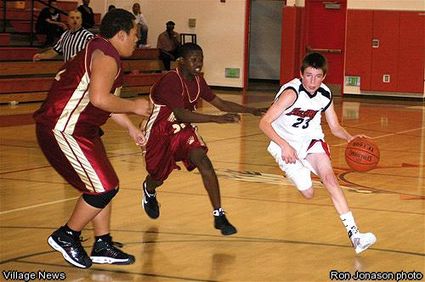 On Friday, January 30, the Fallbrook freshman basketball team hosted the Mission Hills Grizzlies. The contest started very slowly, but the tempo soon picked up to become a very entertaining game. The Warriors came out as the victors 47-41.

In the first quarter, the shots were off and both teams committed several turnovers. However, it was clear the Warriors were the stronger team.

Fallbrook maintained possession for most of the first quarter. At the end of the first period, the Warriors led 9-5.

The second quarter got off to a much faster start than the first. Both teams found their comf...