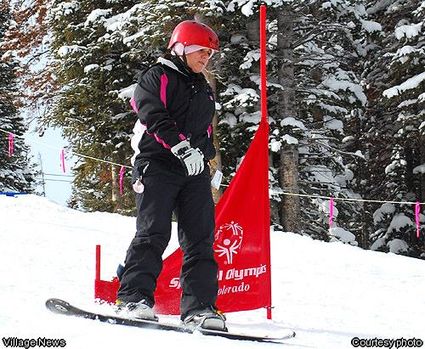 Patti Trujillo of Fallbrook practices snowboarding at a training camp in preparation for competing at the Special Olympics World Games in Boise, ID.

The 21-year-old Trujillo is one of two Southern California athletes who will be attending the Special Olympics World Games. Vista’s Leslie Stone will compete in cross-country skiing.

Trujillo, whose learning disability qualifies her for Special Olympics, began snowboarding in January 2008. She competed at the Special Olympics Winter Games at Big Bear in March 2008 and won three medals.

She has been preparing for the World Winter Games since October, and in early D ecember she spent four days at a training camp in Colorado.

Trujillo, a 2006 Fallbrook High School graduate, is the second of five children and an adult volunteer for her sister’s Girl Scout troop. She is currently in a job training program.