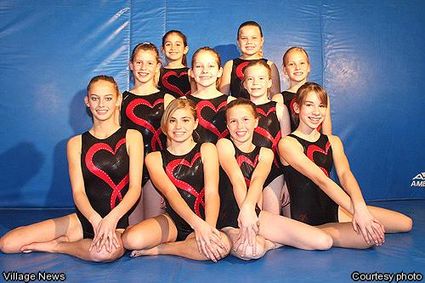 On January 18, Fallbrook Gymnastic Club had four teams enter the GymFest at Universal Studios in Hollywood.

The Level 4 team, Heartbreakers, took first place in the most competitive division. This was the first meet of the season and the Heartbreakers’ score qualified them to compete at the National Championships this June in Ft. Worth, TX.