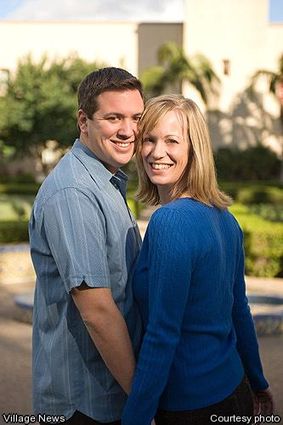 Will Rash and Jill Franzen

Will Rash and Jill Franzen, both of Lancaster, have announced their engagement.

The future bride is the daughter of Craig and Carol Franzen of Sheboygan, WI. She is a 1998 graduate of Sheboygan North High School and a 2002 graduate of the University of Notre Dame. She is employed as an engineer with Northrop Grumman.

The future groom is the son of Bill and Diana Rash of Fallbrook. He is a 1999 graduate of Fallbrook High School and a 2003 graduate of Embry-Riddle University. He is employed by the FAA as an air traffic control specialist.

The wedding is set for December 5 in Sheboygan. The...