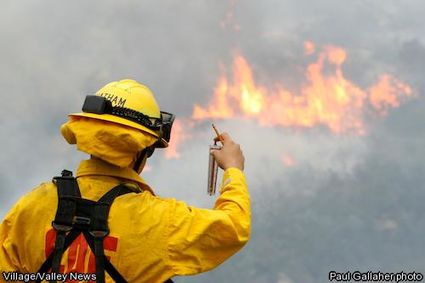 Firefighters are mopping up at the scene of a vegetation fire near Vuelte Grande Road in De Luz, which broke out around 1:30 p.m. Monday. No structures were immediately threatened and full containment is expected Tuesday morning.

The fire began when a permitted agricultural burn got out of control and ignited the hillside south of Avocado Mesa, according to a Riverside County Fire press release.

The fire was 50 percent contained as of 8:30 Monday night, and had burned approximately 77 acres.