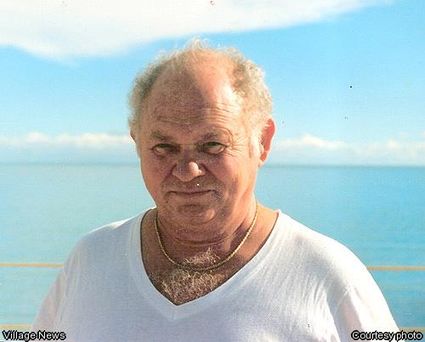 Eugene Neal “Bud” Swearingen passed away on February 27, 2008, at his home in Carlsbad.

Bud was born in San Diego on April 25, 1933, to Floyd and Violet Swearingen. Bud’s father moved him and his sister, Ardie Lattimer, to Fallbrook as young children. They were raised, attended school and spent all of their lives in Fallbrook. Bud graduated from Fallbrook High School, then located on Ivy Street, where he played football.

After spending time in the Army in Europe, Bud went into the insurance business with Marshall and Swearingen Insurance, Inc. You could find Bud almost every day at the old Harrison’s Drug Store counter having coffee in the morning and sometimes lunch with many of the locals.

Bud was active and well known in the Fallbrook community. He was a member of the local Rotary Club and served as president. He was known for his love of barbecuing and cooking, which he did for many Rotary parties, family and friends. Bud was also one of the founders and first pilots at the Fallbrook Air Park. He loved flying to Baja to fish with his friends. He also spent time in Mexico at Rosarito Beach with family and friends.

Bud retired in 1983 and he and Barbara spent the next 25 years traveling the world. He will best be remembered for his love of family, his love of the ocean, deep sea fishing and travel. He also loved growing fruits and vegetables, which he shared with everyone.

A private ceremony will be held at sea to celebrate Bud’s life. In his memory, the family suggests gifts to Fallbrook Land Conservancy or Hospice of the North Coast, 5441 Avenida Encinas, Ste. A, Carlsbad, CA 92008.