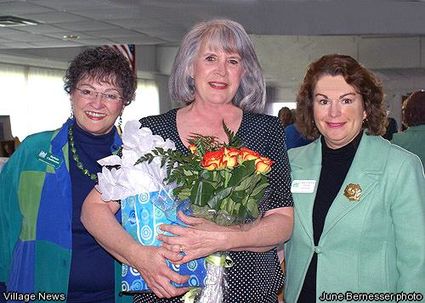 Beverly Thompson (middle), named Volunteer of the Year by the Bonsall Woman

Thompson, a 20-year member of the club, chairs BWC’s Domestic Violence Committee. She works with representatives of Casa de Amparo, the Woman’s Resource Center and Camp Pendleton in their areas of need.

To help provide baby clothes for...