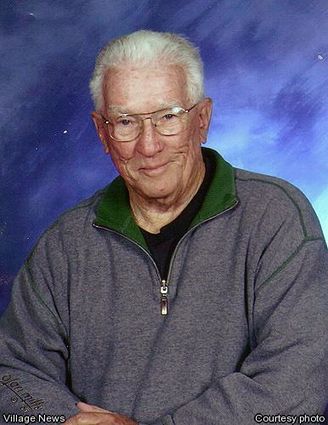 Faus Argo Smyth passed away peacefully in Thornton Hospital at UCSD Medical Center in La Jolla of chronic lung disease on March 19, 2009, his family at his side. He was 79 years old.

Faus was born in Seattle, WA, on January 19, 1930, to Roger Q. Smyth and Marion E. Silvernale. He lived in Seattle until he was 3, when his family moved to California, and he grew up in Glendale, graduating from Glendale High School in 1948. He then attended San Jose State College, where he graduated with a BA in education in 1955.

In 1969, he received his Master of Science in education from University of Southern California and in 1971 he received an Elementary School Administration Life Diploma. Under his leadership as principal of Fallbrook Elementary School, the school was honored to receive the California Distinguished School Award in 1986-87 followed by the National Exemplary School Award in 1987-88. After retiring, he continued his involvement with education as a consultant and interim elementary school principal.

One of Faus’s passions was football. He played halfback throughout high school and for San Jose State, where he was honored to play in the Raisin Bowl in Fresno. He was a life-long USC Trojan football fan and never missed watching a game during the season.

Another favorite pastime was camping and fishing in the Sierra Mountains near Bishop, where he made many enjoyable treks with his son Matt and his close friends. Faus also loved to travel with family and friends and had numerous wonderful trips to Hawaii, Europe, Canada, Tahiti and the continental US.

Throughout his life, Faus was involved in community and church activities which benefited children, including the annual Don Dornon Games, the Fallbrook Boy’s Club and the Fallbrook United Methodist Church, where he was a member.

Faus is survived by his wife of 46 years, Lucy; their children Cynthia Parker of Providence, RI, Dianne Lefferts of Dallas, TX, and Matthew Smyth of Fallbrook; grandchildren Jennifer, Natalie and Melyssa; great-grandchildren Ethan and Madelynne; brother Roger Smyth and wife Barbara; sister Ruth Blake and husband Robert; many nephews and nieces; and such a host of friends whose lives he touched.

A memorial service celebrating his life will be held on Thursday, April 2, at 3:30 p.m. at Fallbrook United Methodist Church, 1844 Winterhaven Lane. In lieu of flowers, the family suggests donations to the Faus Smyth Scholarship Fund at the church address above.