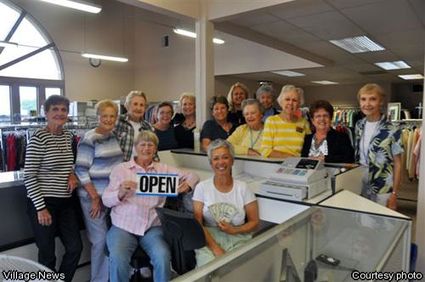 Volunteers are ready to help customers in the Angel Society

FALLBROOK – The Angel Society of Fallbrook recently celebrated the grand re-opening of its thrift store at 1002 South Main after it was closed for five days in October for renovation.

“The shop was long overdue for a makeover,” said president Marylyn Miller, noting that it had been a decade since the interior was first remodeled after it was damaged in an electrical fire in July 2001.

“People worked so hard and they did it in such a gracious manner,” Miller added.

New carpet was installed and the walls were repainted in the downstairs area, a project that not only required...