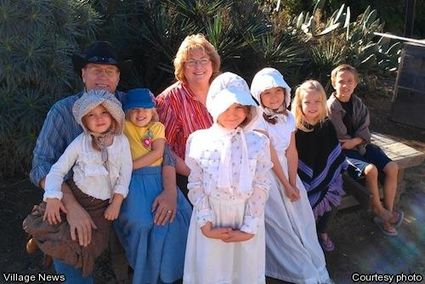 FALLBROOK – Fallbrook members from the Vista Stake and Fallbrook Wards 1, 2 and 5 of the Church of Jesus Christ of Latter-day Saints attended the Mormon Battalion Celebration in Old Town San Diego on Jan. 28.

The home of the Mormon Battalion Memorial near Old Town San Diego was constructed as an historical site to commemorate the long journey of the Mormon Battalion and their contribution to the growth of the west. The Mormons were ask by the United States Government to help with the Spanish American War but by the time they arrived in San Diego the war had ended. They began their 2,000-mile trek on July 20, 1846 in Council Bluffs, Iowa and it ended in San Diego, California, in January of 1847. Each year The Church of Jesus Christ of Latter-day Saints gathers at this site to celebrate this event.

Many people who were not members of the Latter-day Saint Church attended also. This year, attendees celebrated their arrival with a parade around the town square at the Mormon Battalion Memorial Center. 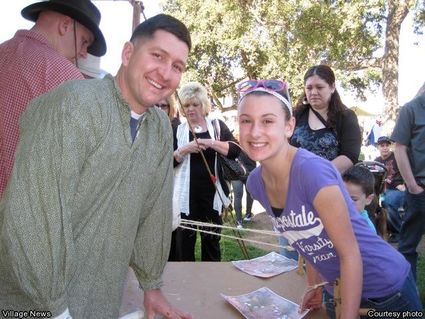 The parade was made up of soldiers in uniforms, some without uniforms, some on horses. Women and children all dressed in the clothes and uniforms that were worn by those who crossed the plains from Iowa to California. After the parade there are many booths set up with all kind of things to do from the 1840s to 1850s.

Attendees were able to make ropes, make dolls, wash cloths on a scrub board, quilt, make rolls on an open fire, make butter or even make bricks from straw and mud. There was a Dutch Oven Cook-Off contest. People cooked everything from venison stew, egg rolls to ice cream, and were judged on the best result. There was also a stage area where they have the old-fashioned bands and people singing old time songs. There are museums individuals can visit in order to follow the soldier’s trails and read of the hardships that befell them. There are things for everyone to do.

Everyone is invited to attend next year’s event, which will be held on a Saturday near the end of January 2013.