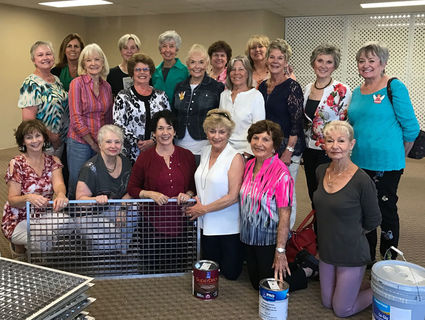 FALLBROOK – Funds totaling $50,950 were donated to local nonprofits and other worthy causes by the Angel Society of Fallbrook during the months of January through March.

The Boys and Girls Club of North County and the Fallbrook Music Society topped the list of recipients with awards of $10,000 each.

Rally for Children received $4,000 to help sponsor its annual Arts in the Park event to be held this year on Sunday, April 30 at Live Oak Park. The event for children and their families includes drama, music, dance and arts and crafts. It is open to everyone and activities are free.

Friends of the Fallbrook Library was awarded $3,500 to help cover the costs of its popular program for first-graders in Fallbrook, Bonsall and Rainbow schools. The program focuses on registering all first graders for their first library card, as well as provides materials such as bookmarks and book bags.

The Fallbrook Village Rotary Club Foundation received $2,250 to sponsor three college scholarships for the top three candidates in the Miss Fallbrook Scholarship Pageant, which will be held on April 8 at the Bob Burton Center for Performing Arts.

MACC-Project Head Start received $500 to cover the cost of its children’s garden.

An Eagle Scout candidate was awarded $300 to sponsor his project for the Fallbrook Land Conservancy. The Fallbrook Youth Soccer League received $200 for its 11-and-under program.

The Angel Society raises philanthropic funds through the operation of the Angel Shop, a thrift store on Main Avenue in Fallbrook that is owned and managed entirely by volunteers. All merchandise in the shop is donated by members of the community.

The Angel Shop has been closed since March 13 to complete renovations to the Shop’s downstairs area caused by faulty plumbing. The shop will celebrate its Grand Re-Opening on Saturday, March 25, announced Diane Mylymuk, Angel Shop chair.

Donations are welcome during regular store hours from 10 a.m. to 3 p.m. Monday through Saturday. For more information, call 760-728-6513 or visit www.theangelsociety.org.