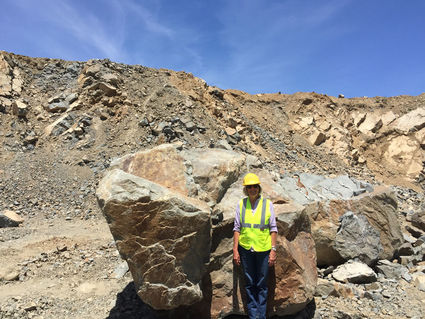 Christine Hoy, VP of Chase Bank in Carlsbad, nominated McLeod for the award. McLeod has been operating Southwest Boulder for 26 years and has 105 employees. Her business in Rainbow is one of six locations in a chain of landscape supply superstores, four in San Diego County and two in Riverside County.

McLeod's husband, Michael McLeod, is the minority owner in the partnership. The most recent addition to their retail operation was made with the assistance of an SBA 504 loan for $1.9 million, in February of 2016, through CDC Small Business Finance and Chase Bank to purchase a building in Escondido. The opening of this new location resulted in an increase in employees, as well as, increased sales revenue.

SWB has plans to expand into Orange County in 2017, and Los Angeles County by 2018, using the recently established Escondido yard as a prototype.

“As America celebrates the 54th Anniversary of Small Business Week, this is an excellent opportunity to honor the small businesses that have helped make our nation great,” says SBA San Diego District Director Ruben Garcia. “SBA has helped well over 30 million Americans start, manage and grow their businesses, placing tens of billions of dollars in loans into the hands of entrepreneurs in all sectors of the economy.”