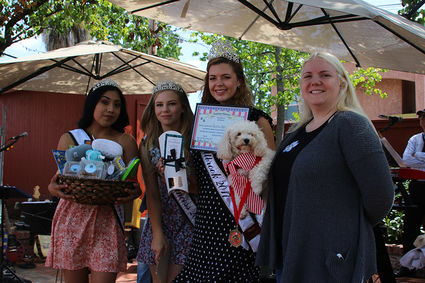 Most electoral races are dog-eat-dog, but the inaugural canine mayor election in Fallbrook involved lots of smiles and wagging tails. Vince Ross Village Square was full of music, fun and dog loving folk as they waited for the winning candidate to be announced on May 13.

Miss Fallbrook and her court, in addition to campaign managers and fans of each candidate, stood waiting for the announcement to be made. The Midili Brothers Band played classic rock as everyone gathered to celebrate the inaugural event. Doggie treats and human clothing were available for purchase at the event, and folks of...