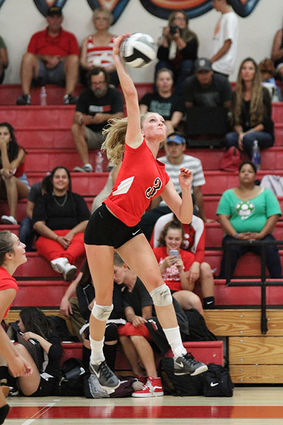 The Nov. 13 meeting of the Valley League girls volleyball coaches included the selection of the all-league teams, and seven Fallbrook High School players received all-league recognition, including two who were placed on the first team.