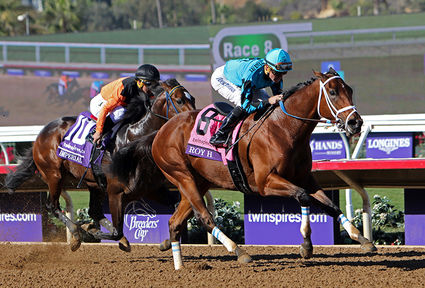 The 2017 fall meeting at Del Mar was a special one for the seaside track as it hosted the Breeders' Cup World Championships for the first time. It was also a spectacular meeting for Bonsall-based trainer Peter Miller, who won two Breeders' Cup races and ran away with the fall season training championship.

Del Mar began hosting fall meetings in 2014 and calls the shorts sessions the "Bing Crosby Season" in honor of its famous co-founder. Some handicappers call it the "Peter Miller Season" as Miller has won the fall training title every year but 2015.