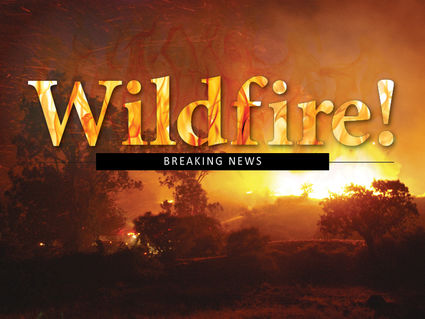 Two fires which began Friday in the Temecula area were mostly contained by the following morning, according to fire officials.

The fires broke out within hours of each other late Friday afternoon.

The Tornado fire was first reported about 2:48 p.m. Friday in an orchard in the 28000 block of Via Santa Rosa and burned slowly through surrounding acreage.

The Woodchuck fire was reported a little less than three hours later on Highway 79 and Woodchuck Road and consumed far less acreage before firefighters got a handle on it.

It wasn't immediately clear Saturday what caused the two fires.

Firefighters have gotten the upper hand on two fires burning near Temecula, one in the unincorporated community of De Luz and another burning in Temecula Valley Wine Country.

The 70-acre Tornado fire, which was reported about 2:48 p.m. Friday in the 28000 block of Via Santa Rosa, was 65 percent contained as of Friday evening, according to a final update from the Cal Fire/Riverside County Fire Department.

Another fire in Temecula Valley Wine Country, the 24-acre Woodchuck Fire, was about 60 percent contained. That fire was reported around 5:36 p.m. Friday on Highway 79 near Woodchuck Road.