'Woman With A Hat' marks the beginning of Modern Art 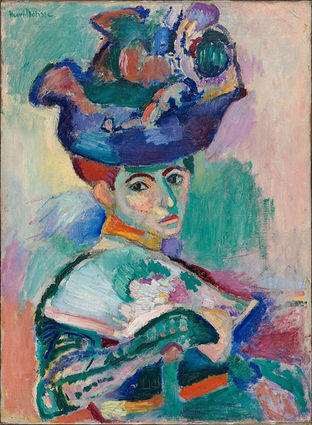 I spend extra time standing in front of Matisse's "Woman With A Hat" every time I go the San Francisco Museum of Modern Art. I study her big dark eyes which looked on as Modern Art took its first awkward steps, and I wonder if she had any idea of the cataclysmic effect that would be produced by her debut showing in 1905 in Paris.

When Gertrude Stein and her brother, Leo, first came to Paris from California, they strolled into the Grand Palais to see the controversial works of a group of painters insultingly called the Fauves, or "Wild Beast...