Motorcyclist killed in crash on Interstate 15 near Rainbow 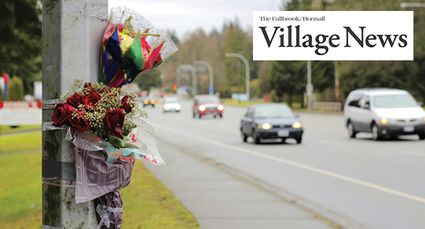 RAINBOW - A motorcyclist was killed on Wednesday, Nov. 7 in a multi-vehicle crash on Interstate 15 in Rainbow, authorities said.

It happened shortly after 5:05 a.m. on northbound I-15 near the offramp to Rainbow Valley Boulevard, California Highway Patrol Officer Tommy Doerr said.

According to the CHP, a 26-year-old male from La Verne, was traveling on a motorcycle and for reasons that are still under investigation was involved in a collision. The male and the motorcycle came to rest within the No. 2 lane, where multiple vehicles struck the rider and motorcycle. The rider was pronounced deceased at the scene.

The circumstances leading up to the crash were under investigation.

The motorcyclist was pronounced dead at the scene, Doerr said. No details about the victim were immediately available.

A SigAlert was issued shortly after 6:05 a.m. shutting down the left three lanes of I-15 south of the Rainbow Valley Boulevard offramp. The lanes were affected from the time of the collision until approximately 9:02 a.m. with three of four lanes closed initially. They were reopened one by one as the investigation progressed to its conclusion.

Impairment is not believed to be a factor in this collision, according to the CHP and remains under investigation.

Witnesses that can provide additional information are asked to contact the California Highway Patrol Border Communications Center at 858-637-3800.