Juanita Hayes is named Woman of the Year 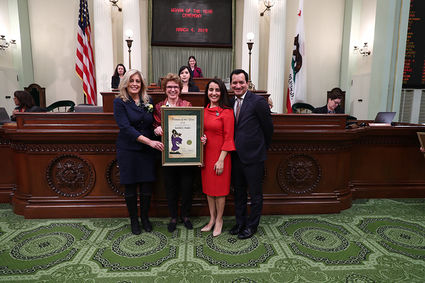 SACRAMENTO – Assembly Republican Leader Marie Waldron of Escondido celebrated Juanita Hayes as the 75th Assembly District Woman of the Year Monday, March 4. Hayes is an accomplished career woman with over 25 years in the corporate world and in education. She has taken the skills she learned in her busy career to enrich the lives of others through involvement in her community and nonprofits, Waldron said.

"It's my privilege to honor Juanita for her accomplishments in leadership, education and philanthropy," said Waldron. "Hayes has been nationally recognized for her career and her continue...