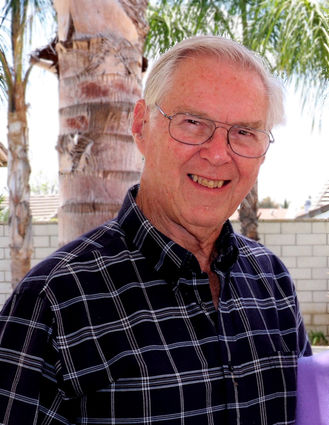 Donald Richard Montgomery, an electrical engineer by training, entrepreneur, drag racer, street rodder and hot rod historian passed away on February 18, 2019, at the age of 88.

Don was born in Los Angeles, California on May 14, 1930, to James Dane and Muriel P. Montgomery. After the early death of his father when Don was a baby, Muriel was remarried to Herbert E. Blasier II who raised Don as his own son and was a major influence in his life.

Don graduated from John Muir High School in Pasadena, and the University of Southern California with an engineering degree. By profession, he was co-owner of an electronics manufacturing business with his two brothers.

At the age of 15, Don started what would be a life-long passion in the world of hot rods, hanging out at the speed shops learning to make cars go fast. He started racing at the Southern California dry lakes, and then went on to race at drag strips for many years. After stepping back from the drag racing world, he started building his own street rods and participating in Street Rod events. An avid historian, Don realized that there was a need to document the history of the early days of hot rods and racing – to “set the record straight.” He became a successful author and publisher of 8 books on the history of hot rods and drag racers, putting together information and photos from people like himself, who were there and lived it.

For all of Don’s professional and personal success, nothing was more important to him than his family. In 1946 Don met the love of his life, Claire Louise Van Wye, and they were married in 1951. They had three children and lived in La Canada, California until moving the family to Fallbrook, California in 1974. Don was a family man in the truest sense – he always said that marrying Claire and having his kids was the best thing that ever happened to him.

Don was preceded in death by his father James Dane Montgomery; his mother Muriel P. Blasier; and his dad Herbert E. Blasier II.

Don will be missed by all who knew him and those he influenced with his writings and stories. He is survived by his wife, Claire; son Bill Montgomery and wife Angela; daughter Sue Ellingson and husband Paul; daughter Sandy Montgomery; grand-children Erica Ellingson, Jeffrey Montgomery, Caitlin Ellingson, Michael Montgomery, and Kimberly Montgomery; brothers John W. Blasier and Herbert Blasier III; and numerous nieces and nephews.

There will be a celebration of life planned at a later date.