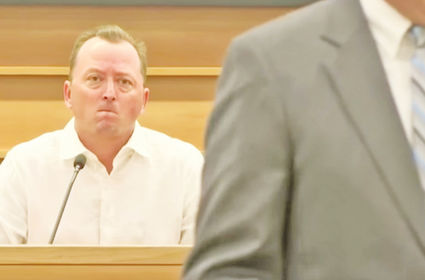 The murder trial of Charles "Chase" Ray Merritt, accused of killing the McStay family, Joseph, Summer and their two young boys who lived in the Lake Rancho Viejo housing development east of Interstate 15 in Fallbrook kicked back into gear Wednesday, April 3, in San Bernardino Superior Court.

Recalled to the stand by the defense was Joseph McStay's brother, Michael McStay, who testified at the beginning of the trial in January at the request of the prosecution.

In January, Michael McStay said that he and Merritt went to his brother's home in the days after the family went missing in 2010 an...