Prosecution, defense squabble over Kavanaugh and length of trial 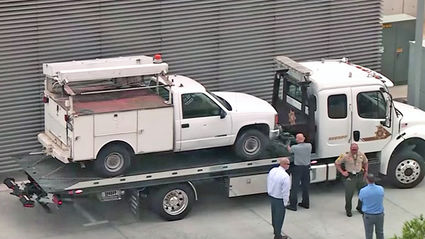 Chase Merritt's truck was brought to the San Bernardino Superior Courthouse so the jury could inspect it in the murder trial of Merritt accused of killing the McStay family of Fallbrook in 2010. Law and Crime Network photos

The defense team for Charles "Chase" Merritt, accused of killing a Fallbrook family of four in 2010 and burying their bodies in a San Bernardino desert, asked for a continuance due to what was described as a "condition" suffered by attorney James McGee.

"When we met with the court in chambers, we were fully committed to me going forward if Mr. McGee, that's kind of what we've been planning," attorney Rajan Maline said in court Tuesday, May 7. "But, according to, without getting too detailed into Mr. McGee's condition, part of the issue is it started with going over the interview that's goi...