McStay family murder trial in the hands of the jury 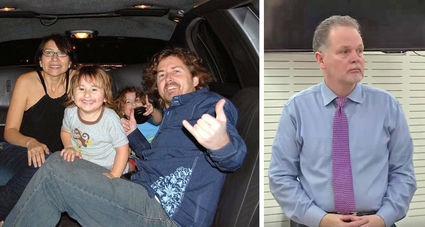 The McStay family of Fallbrook, left, disappeared from their home in February of 2010 and prosecutors say that Charles 'Chase' Merritt killed the family and buried them in the desert.

SAN BERNARDINO - A jury of 12 people has begun deliberations to decide whether the State of California proved its case in the capital murder trial of Charles "Chase" Merritt accused of killing a Fallbrook family of four in February of 2010.

Lead defense attorney James McGee gave his closing argument and defense attorney Rajan Maline offered rebuttal arguments on Wednesday, May 29, before the floor was turned over to prosecutor Melissa Rodriguez for rebuttal.

Her arguments spilled into Thursday, May 30 and she ended her speech to the jury by saying, "You don't get to murder an entire family and get away with it because you left behind no witnesses. And that's the reason those two children were killed because they could identify the person that did this to them."

She told the jurors that a team of investigators that "worked on this case tirelessly" to bring justice to the McStay family.

"Ladies and gentlemen, when you go back into that jury room, justice does not have to be denied for the McStay family," she said. "And justice, in this case, means going back into that jury room, looking at the facts, looking at the law, using the road map that Mr. Imes provided you in his closing, using your common sense, using your experience and returning verdicts of guilty. And finding of true on the multiple victim allegation. Thank you."

After reading the last bit of jury instructions, one of the jurors addressed Superior Court Judge Michael A. Smith about a conflict he has in his schedule that is slated to begin in June.

"I didn't know we were going to be here until June," he said to the judge.

"Trust me, no one did," Judge Smith said, referring to the length of the case, which has spanned nearly 6 months.

After a morning break, Judge Smith brought the jury in and excused the juror and replaced the person with an alternate.

"I want to thank you for all of your time and effort, dedication, your patience, and being here all the way through with us," Judge Smith told the juror.

Judge Smith also allowed a two-hour amount of time for Joseph McStay's mother, Susan Blake, to have the opportunity to arrive at the courthouse in time for any verdict reading.

There is no timetable regarding how long the jury is expected to deliberate on whether or not Merritt is guilty of the crimes.

Prosecutors contend that greed was the basis for why Merritt subsequently killed Joseph and his 43-year-old wife Summer, and the couple's young sons - 4 year-old Gianni and 3-year-old Joseph Jr. - and buried their bodies in a San Bernardino desert.

Merritt designed and built custom fountains for Joseph McStay's business, Earth Inspired Products, and, according to prosecutors, he was in debt to the tune of more than $40,000 to McStay at the time of the murders.

The McStay family, who lived in the Lake Rancho Viejo housing development east of Interstate 15 in Fallbrook, was last seen alive Feb. 4, 2010. Relatives reported them missing a few days later.

Their home appeared to indicate they left in a hurry that day with fruit left out and clothes scattered about the house.

Detectives thought initially that the family had gone on a trip and would return after searches on one of the family's computers showed a web search about documents needed for children traveling to Mexico.

Boosting that theory was the discovery of the family's Isuzu Trooper was found parked in a strip mall near the Mexican border and the San Diego County sheriff's investigators then turned the case over to the FBI.

Records show that all four were beaten to death, most likely with a sledgehammer owned by Joseph McStay. 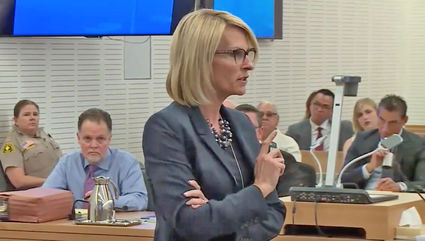 Prosecutor Melissa Rodriguez talks to the jury on Thursday, May 30.

At that point, the investigation was taken over by the San Bernardino County Sheriff's Department. On Nov. 7, 2014, investigators announced the arrest of Merritt and charged him with four counts of murder.

Investigators believe that the McStays were killed at their home and transported by Merritt to the San Bernardino desert.

Defense attorneys have said that investigators zeroed in on Merritt early on the case and never looked at anyone else. The defense repeatedly attempted to point the finger at another McStay business associate, Dan Kavanaugh, who they said was overlooked by investigators.