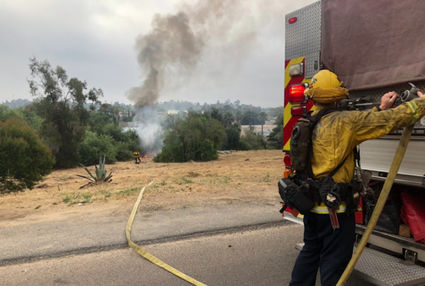 North County Fire crews quickly knocked down this brushfire at the 900 block of Alturas Road on Tuesday, July 2.

FALLBROOK - North County Fire reported that fire crews were on the scene of a small vegetation fire near Aviation and Alturas roads at 7:04 a.m. on Tuesday, July 2.

With the help of U.S. Marine Corps fire units, they were able to stop the rate of spread of the fire about 15 minutes later.

The cause of fire is under investigation.