Speedy Yarbrough is ready to compete at the next level 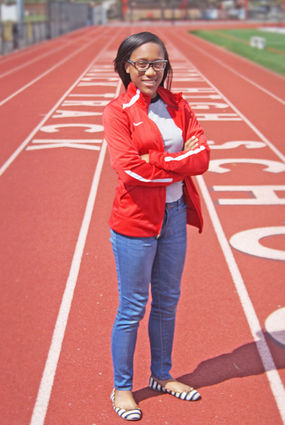 Darriale Yarbrough has starred on the Fallbrook High School track and field team since she came to the campus as a freshman four years ago. She was recently named as one of the school's Senior Athletes of the Year.

Next school year, Darriale Yarbrough will compete for the California State University San Marcos track and field team, and it will represent the next chapter in her athletic journey as one of Fallbrook High School's most successful track athletes over the last four years.

During her career, she has won the Valley League 100-meter race and long jump championship almost every year, was the CIF Division I Champion in the 100 meters her sophomore year, finished second in the CIF finals in the long jump in 2019 and has competed as part of the 100-meter relay team as the anchor throughout her fo...