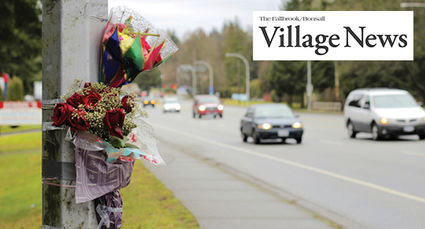 The first crash happened at 6:15 p.m. Saturday when a Chevrolet Silverado pulling a horse trailer was traveling southbound on Sweetgrass Lane at SR-76, the CHP reported. The Silverado entered the intersection as it tried to turn left onto SR-76 and was struck by a Harley Davidson motorcycle traveling westbound on SR-76.

The motorcyclist, a 43-year-old man from San Bernardino, died while being transported by medics to Palomar Medical Center in Escondido.

The Silverado was driven by a 24-year-old woman from Hemet. The car also had two passengers who were not injured.

The second crash happened just minutes later at 6:21 p.m. on SR-76 at Interstate 15 when a motorcyclist on a Harley Davidson crashed into a Honda Pilot. The driver of the Pilot, a juvenile who was carrying two passengers, told CHP officers that he didn't see the motorcycle when he tried to make a left turn onto I-15.

The motorcyclist was carrying a 43-year-old female passenger and both were thrown to the pavement. The rider was later pronounced dead and his passenger was taken to Palomar Medical Center.

The juvenile driver and his passengers were not injured.

Traffic lanes on State Route 76 were shut down during the accident investigation and were re-opened at 8:40 p.m. Saturday.