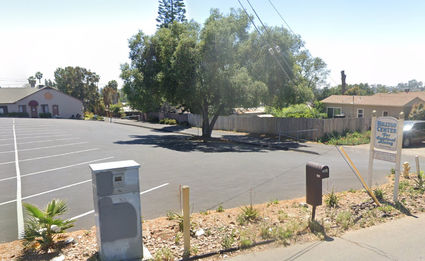 VISTA (CNS) - A 24-year-old Fallbrook resident who attacked an octogenarian and two other men outside a Fallbrook church, punching two of them and stomping the 86-year-old to death, was sentenced today to 20 years to life in state prison.

Keith Vasquez pleaded guilty earlier this year to charges of second-degree murder and assault in connection with the Sept. 21, 2016, beating death of Magnus Johnson, as well as the assaults of two other men, ages 62 and 63.

The victims told sheriff's deputies that they were painting the exterior of the Hilltop Center For Spiritual Living when a stranger accosted and beat them without provocation and then ran off.

Deputies found Johnson gravely injured in an alley at the west side of the church, Lt. Kenneth Nelson said. He was taken to Palomar Medical Center in Escondido, where he was pronounced dead from blunt-force head and chest trauma.

Vasquez was arrested by deputies later that day.

Authorities have disclosed no suspected motive for the violence.