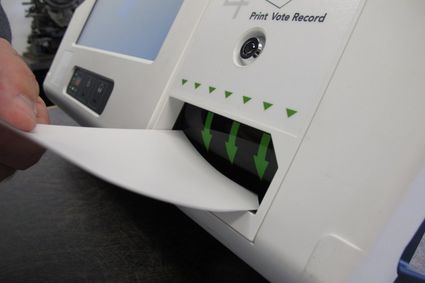 In this Aug. 16, file photo, a man feeds a ballot card into a digital voting machine during a demonstration in Raleigh, North Carolina. A new report says the nation's elections are vulnerable to attack due to a lack of robust federal oversight of the private companies that are involved in everything from manufacturing voting systems to maintaining voter registration databases. AP Photo/Allen G. Breed, file photo

The private companies that make voting equipment and build and maintain voter registration databases lack any meaningful federal oversight despite the crucial role they play in U.S. elections, leaving the nation's electoral process vulnerable to attack, according to a new report.

The Brennan Center for Justice Tuesday, Nov. 12, issued the report, which calls on Congress to establish a framework for federal certification of election vendors. The authors said it could be established as a voluntary program similar to how voting machines are certified...