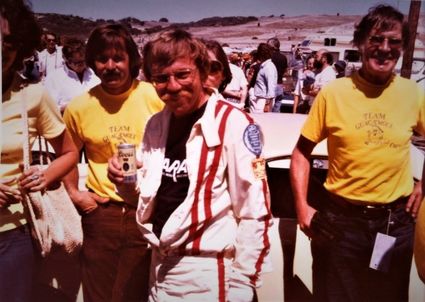 Eric was born in Dayton, Ohio, and was the only son of Earl W. Gluesenkamp and Alma D. Tiefert. He attended Kenyon College where he received a bachelor's degree in biology in 1962. He graduated from the University of Missouri Medical School with a doctor of medicine in 1966 and interned at Pontiac General Hospital in 1966-1967.

He was a captain in the U.S. Navy from 1967-1969 and served in Vietnam with the I Corps, 27th Marines, 1st Marine Division. He served during Operation Allenbrook on Goi Noi Island.

After returning stateside, he conducted his general surgery residency at Pontiac General Hospital and established a private practice in Fallbrook where he provided family care, including obstetrics and surgery, from 1971 until his retirement in 2002.

He took tremendous pride in his practice and the relationships he developed with his patients over the years. He was an avid reader and student of history. Those who knew him can verify that he was a fount of information: both interesting facts and humorous non-truths. He valued life experiences and enjoyed travel and helping others.

He is survived by his three children, Daniel, Andrew and Ivy as well as five grandchildren, Jackson, Kavina, Lalima, Ruby and Riyana.

Those who wish to pay their respects are encouraged to donate to the Fallbrook Land Conservancy.