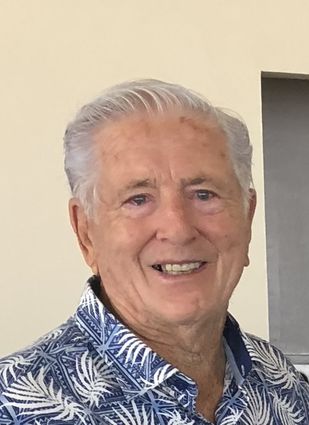 He was preceded in death by two grandsons, Domenic and Daniel.

Jack was near Pearl Harbor when it was attacked, and he was later evacuated from the island. He eventually moved to Sunnyvale, where he earned a degree in recreation from San Jose State University.

Jack was first employed by the city of Los Angeles and worked for 29 years in El Segundo, 25 of those years as director of recreation and parks. He helped to design and bring to reality many of the parks and recreation programs that are still enjoyed today.

Jack was a huge sports enthusiast. He played football in high school and college; he was an avid golfer, and he loved watching football games and sporting events.

Jack also enjoyed growing and caring for plants and trees, working with clay and deep-sea fishing. He was a lifelong dog lover. Upon retiring, Jack moved to Fallbrook, was a consultant for a sports lighting company, grew avocados, traveled and enjoyed many fishing trips out of San Diego.

Jack's ashes will be scattered in the ocean that he so loved. A gathering to share memories will be held Dec. 27 in Fallbrook.