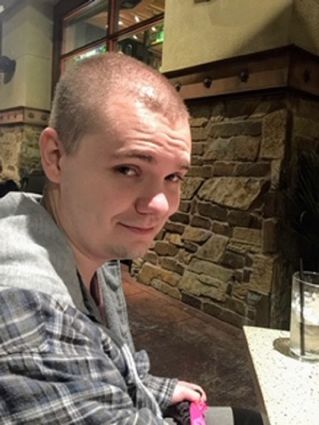 Zachary Phillip Hardy, beloved son and adored brother, died far too young, Nov. 9, 2019. He was born Dec. 3, and this year he would have been 27 years old.

Zachary participated in soccer, baseball, track, 4-H Club, roller hockey and Boy Scouts. He became an Eagle Scout Dec. 23, 2010, with Troop 731 in Fallbrook. His completed Eagle Project is a kiosk for the Fallbrook Historical Society on the Pico Promenade in Fallbrook.

While in Fallbrook, Zachary worked at Daniel’s Market in Bonsall and attended Palomar Community College. He joined the Army where he received an honorable medical discharge. He pursued a career in computers and information technology, and his last job was with Valley View Casino where he was very happy.

Zachary was taken from his family when he died in a car accident on the way home from work. We are hoping everyone who loved him or knew him will join his family at his memorial service so that he knows how much he was loved and is now missed.

The memorial and reception will be held Nov. 23, at 3 p.m. at SonRise Christian Fellowship, 463 S. Stage Coach Lane, in Fallbrook. An online guestbook will be available at http://www.Berry-BellandHall.com.