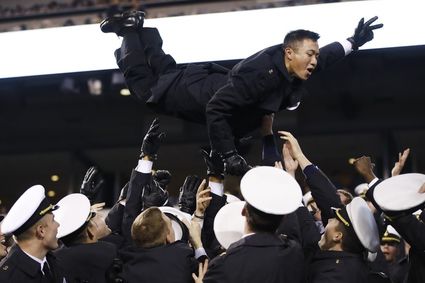 Some West Point cadets and U.S. Naval Academy midshipmen flashed what looked like a sideways OK finger gesture during a live television broadcast over the weekend at the Army-Navy football game. Now military officials are probing their intentions. Was it an affirmation? An innocent made-you-look "circle game?" Or a sinister white supremacy signal?

Screenshots and clips of the hand gestures captured by cameras at Saturday's game in Philadelphia went viral on social media. Some Twitter users condemned the gesture as a "white power" sign....