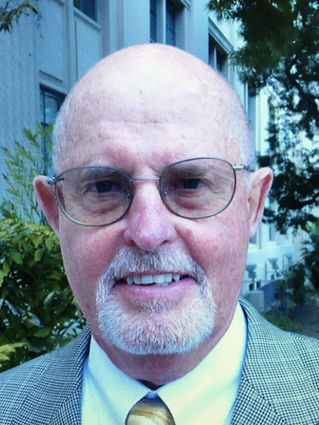 Andy Vanderlaan is the vice-chair of LAFCO for 2020.

Bonsall resident Andy Vanderlaan will be the vice-chair of San Diego County's Local Agency Formation Commission for the 2020 LAFCO board meetings.

Vanderlaan, who is the public member on the LAFCO board, was chosen as the LAFCO vice-chair Dec. 2. County Supervisor Dianne Jacob, who was LAFCO's vice-chair for 2019, will be the 2020 chair.

The LAFCO board voted 8-0 to select Jacob as chair and Vanderlaan as vice-chair, Dec. 2.

Vanderlaan had previously been LAFCO's vice-chair in 2000, 2005, and 2012. Normally the LAFCO vice-chair becomes chair for the following year, although in some cases the desire for continuity with an ongoing project leads the LAFCO board to retain the chair and vice-chair.

Vanderlaan was LAFCO's chair in 2001 and then served three terms as chair from 2006 to 2008 while LAFCO was in the process of reorganizing fire protection and emergency medical services in unincorporated San Diego County.

Vanderlaan had two consecutive terms as chair in 2013 and 2014. In 2001 Vanderlaan succeeded Julianne Nygaard, who was then a member of the Carlsbad City Council, as the LAFCO chair.

Each county in California has a LAFCO which handles jurisdictional boundary changes including incorporations, annexations, consolidations, detachments and dissolutions within that county. "It's a great organization and it's such a great group of people there," Vanderlaan said.

Although consolidations have occurred infrequently in recent years and no city has incorporated since Encinitas and Solana Beach in 1986, small annexations and detachments result in San Diego LAFCO processing numerous boundary changes each year.

Some consolidations are approved with minimal opposition. In some cases, the consolation is supported by all boards involved but has public opposition.

In three instances since Vanderlaan joined the LAFCO board a consolidation was supported by one affected agency and opposed by another agency involved. The most recent of those was in 2015, when LAFCO's board voted 5-3 against merging the Fallbrook Public Utility District with the Rainbow Municipal Water District.

Vanderlaan, who lives in the Rainbow Municipal Water District, voted in favor of the FPUD-Rainbow merger in 2015. His district will once again be involved in a contested LAFCO proposal, as within a week of his appointment as LAFCO vice-chair both the Rainbow board and the FPUD board approved resolutions to send an application to LAFCO for a reorganization in which FPUD and Rainbow would detach from the San Diego County Water Authority and become part of the Eastern Municipal Water District.

"There is a lot of controversy associated with it," Vanderlaan said.

On Oct. 7, LAFCO's board voted 8-0 to approve a Memorandum of Understanding with Riverside County's LAFCO which will delegate the potential reorganization entirely to San Diego LAFCO. That vote included direction to LAFCO staff to review the economic impacts not only for FPUD and Rainbow but also to the SDCWA and to the 22 other CWA member agencies.

The CWA and the other 22 agencies could incur adverse financial impacts if FPUD and Rainbow left – a preliminary CWA analysis estimated an annual impact of $13 million – and the CWA has requested that if LAFCO approves the proposal a vote of the entire CWA service area be held to confirm the reorganization.

No member agency has ever left the SDCWA and taken its territory with it (some former CWA member agencies transferred their land to a successor agency which remained in the CWA including the DeLuz Heights Municipal Water District, which was a CWA member before merging with FPUD in 1990).

The SDCWA is a county water authority, which is a public agency that is a “separate and independent political corporate entity” pursuant to section 45-3 of the County Water Authority Act.

"It's going to be a good one for the commission to take up and analyze," Vanderlaan said.