Death of Iran general spurs anxiety over fate of US hostages 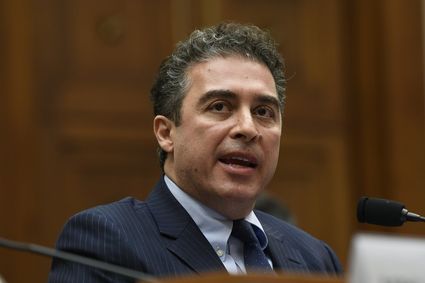 In this March 7, 2019, file photo, Babak Namazi, the son of Baquer Namazi who has been held in Iran, testifies before a House Foreign Affairs Subcommittee on Capitol Hill in Washington. The killing of a top Iranian general has ratcheted up the anxiety of families of Americans held in Iran. AP Photo/Susan Walsh file photo

The killing of a top Iranian general has ratcheted up the anxiety of families of Americans held in Iran, one month after the release of a New Jersey student had given them hope.

The Trump administration has made a priority of bringing home hostages held abroad, but the prospect of a forthcoming resolution for the handful of captives in Iran seems to have dimmed with the two nations edging dangerously close to conflict and warning of retaliatory strikes and continued agitation.