Merritt sentenced to death in killing of Fallbrook's McStay family

Merritt was found guilty of bludgeoning to death Joseph and Summer McStay and the couple's young sons – 4-year-old Gianni and 3-year-old Joseph Jr. – in 2010 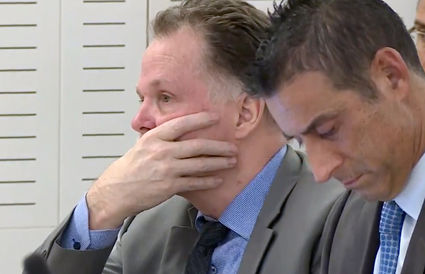 A judge ruled Tuesday, Jan. 21 that Charles "Chase" Merritt will be put to death for the killing of the McStay family of Fallbrook in 2010, less than a month shy of the 10-year anniversary of the day the family was reported missing.

San Bernardino County Superior Court Judge Michael A. Smith upheld the recommendation the jury made on June 24, 2019, which said Merritt should be put to death for the murders of Summer McStay and her two young sons and recommended life in prison without parole for the murder of Joseph McStay.

After a six month trial, Merritt was found guilty of bludgeoning to death Joseph and Summer McStay and the couple's young sons – 4-year-old Gianni and 3-year-old Joseph Jr. – in 2010 and burying their bodies in a San Bernardino desert.

Merritt, who sobbed as he addressed the court after victims' statements by McStay family members and friends, appeared to remain calm when the sentencing was read by Judge Smith.

Merritt was scheduled to be sentenced on Friday, Jan. 17, but like so many other times during the trial, the final sentencing was delayed once again.

Sentencing was first delayed with the post-conviction dismissal of Merritt's lead attorney, James McGee. Then on Friday, there was another delay when Judge Smith heard motions from Merritt's current lead attorney Raj Maline after he filed a last-minute plea for a new trial with several motions.

Maline claimed ineffective assistance in counsel by McGee and argued incorrect witness assessments of cell tower pings near the shallow gravesites where the McStay family was discovered in 2013.

Maline also argued that the prosecution was lied to during closing arguments, alleging prosecutorial misconduct.

"I want to advocate for my client the best that I can by pointing out that there was insufficient evidence that might have made a difference to the jury," he said.

Midway through Maline's back and forth with Judge Smith, Merritt interrupted both of them by addressing the judge. After a short conversation, Maline said Merritt wanted to speak with him.

Upon coming back from a 40-minute break, the audience in the courtroom gasped as Maline told Judge Smith that Merritt told him he wanted to fire him and that during their conversation, he brought up issues that would cause a conflict between the two.

After another hour-long closed courtroom break, Judge Smith announced he was denying the request to relieve Maline of his duties as Merritt's attorney.

Maline continued his argument of prosecutorial misconduct and how he believed conduct during the trial created a bias in the jury. Finally, Maline argued that the timeline doesn't fit on Feb. 4, 2010, the day prosecutors said the McStay family went missing.

After more than 6 hours in court, Judge Smith rejected all motions made by Maline. He then addressed the time issue in regard to hearing victim impact statements and ultimately, formal sentencing. He said he didn't think he could keep court staff on the premises much longer and suggested court be delayed until they could return on Tuesday.

With McStay family friends and family members in the audience, prosecutors asked the judge to let one of the family members, Joseph's father Patrick, make his impact statement before having to fly back to his home outside Houston.

"You and no one else can be blamed as you have proven this to the world," Patrick said. "I hope you will burn in hell, but I will pray for your family and your children as they are, to me, all just more innocent victims, of which there are many, of what you did. You have absolutely no regard or caring for when you murdered my family and caused such pain and suffering that will last forever."

Court was scheduled to resume on Tuesday, Jan. 21 at 8:30 a.m., but it was revealed that a mix-up at the jail meant Merritt wasn't on the bus heading to the courthouse. After he arrived at the courthouse, court finally resumed at 10:30 a.m.

Once back in session, Judge Smith announced that Maline had filed two more motions to disqualify Judge Smith from ruling on his previous motions because of Judge Smith's allowance for McStay family members to meet with and thank the jury following the trial seven months ago.

Judge Smith could only rule that Maline's motion was not timely and he did so.

"The court strikes the motion to disqualify due to the fact that it is not timely," Judge Smith said.

He then moved on to allow victims' statements.

Summer McStay's sister, Tracy Russell was first to speak and talked about the immense pain her family has endured through the last decade.

"I miss them in my life, more and more," Russell said. "Wondering what it would be to still have them."

"How do I begin to explain the horrific pain and suffering that we've gone through for almost 10 years,?" Blake said. "It's horrific, just horrific.

"This despicable, evil monster that beat my family. Chase, you are a low life coward and a baby killer, just a monster. You deserve to go to prison and I hope you will look over your shoulder and be scared, just like my grandsons."

Joseph's brother, Michael, and his wife also addressed the court.

"This world was robbed of four beautiful souls," Michael said, going on to ask Judge Smith not to reduce the sentence.

"Throughout my life, I have lived in the shadow of losing my father, step-mom and two little brothers," Jonah said. "Sometimes, just seeing another boy with his dad, reminds me of the tremendous loss I have endured. Despite this through healing, discovering my strength and perseverance, I strive to live a life these family members can be proud of.

"I fight each and every day to mend the wounds left by someone who instead of healing, sought to destroy others, my family, for their own personal gain," he said.

After a 10 minute break, Merritt then addressed the court saying he was sorry for the loss felt by the McStay family members.

"The thing that is bringing you solace, is ending my life, ending my life for a crime that I did not commit," Merritt said. "I loved Joseph, he was a big part of my life and my family's life. I would never have hurt him in any way. I did not do this thing. I know you do not believe this, and that's what kills me."

He then accused the prosecution of being single-minded in their pursuit of a conviction.

"I believe if you were to look deep into what's happened here in this courtroom, over the last 5 years, something's amiss, something is wrong," Merritt said. "This prosecution team has used you to accomplish their goal."

Merritt accused Blake and Michael McStay of making false statements and contributing to his conviction.

"I can't feel angry for participating in my conviction, if I were in your shoes, I might have done the same," Merritt said.

Merritt continued to attack the prosecution and Judge Smith and referenced several incidents that he found to be prejudicial.

"Your honor, there are no second acts, do what is right," Merritt said. "Give me the hearing I deserve, I can show you where this trial was failed. What's happened here is wrong.

"I may deserve a lot of things, I don't deserve this," he said. "I did not do this. As god as my witness, I will be back here and I will prove that that is true."

Judge Smith then sentenced Merritt to death row, though California's Governor Gavin Newsom put a moratorium on executions in the state last year.

The sentencing brought an end to a lengthy process that has spanned almost a decade since the family went missing in 2010.

After years of investigations by San Diego County Sheriff's investigators, the family's remains were found buried in shallow graves by a motorcyclist in 2013.

Merritt was arrested by San Bernardino County Sheriff's Detectives a year later in November of 2014.

After he was arrested, Merritt said through his attorney that he had a heart condition and wanted his trial to be fast-tracked.

The trial was beleaguered by a series of delays and motions since but finally began Jan. 7, 2019. 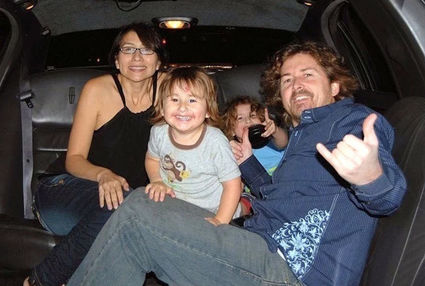 Joseph and Summer McStay and the couple's young sons – 4-year-old Gianni and 3-year-old Joseph Jr. – disappeared in 2010 and their bodies were discovered in shallow graves three and a half years later in a San Bernardino desert. Charles 'Chase' Merritt was convicted of killing the family in June. Courtesy photo