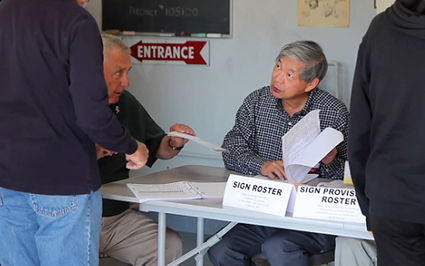 Poll workers, especially those who are bilingual in any one of six specific languages, are needed for the March 3 Presidential Primary Election. The registrar's office is required by federal law to provide bilingual speakers and voting materials to voters who speak Spanish, Filipino, Vietnamese and Chinese.

In addition, a survey conducted by the University of California Berkeley showed a need for Arabic and Korean speakers at nearly 90 precincts across the county, so the registrar's office is also recruiting poll workers who are bilingual in those languages.

To become a poll worker, appli...